Summary: Will you help make future versions of Firefox smarter by enabling this new feature?

Mozilla has added a new feature to Firefox 7 that will help make future versions smarter - telemetry.

Telemetry, or usage statistics to you and me, is a new Firefox 7 feature that allows the browser to report back to Mozilla HQ on how Firefox works for you on your system.

The only Potentially Personal Information sent to Mozilla when this functionality has been enabled is IP addresses. Usage statistics are transmitted using SSL (a method of protecting data in transit) and help us improve future versions of Firefox. Once sent to Mozilla, usage statistics are stored in an aggregate form and made available to a broad range of developers, including both Mozilla employees and public contributors.

So don’t worry … that site you visited to order that special ‘birthday gift’ won’t be made public!

You get the option to switch on this feature when you first install Firefox 7.

You can also control the feature from the Advanced tab in Options: 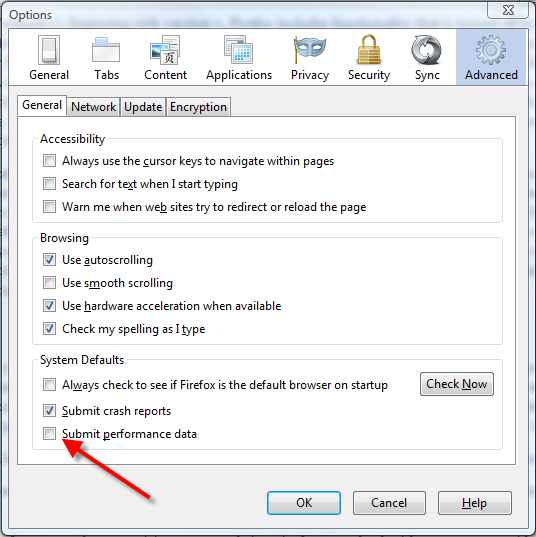 You can aslo find information on browser performance using about:telemetry.

Will you help make future versions of Firefox smarter by enabling this new feature?