The mobile watch revolution is here, thanks to Pebble


By Joel Evans | April 20, 2012, 4:25am PDT
Summary: A new E-Paper watch, with its own app eco-system, that connects to your iPhone and Android device 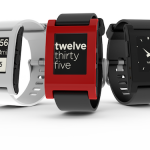 Companies have been promising the “watch phone” and things like it for years. There have been many starts and stops, but something was always missing. Either it was a bad user interface, connectivity issues (SPOT watch), price or just lack of practicality, for whatever reason, they never took off. Enter Pebble.
Pebble is a new E-Paper watch for iPhone and Android. The watch itself is born out of a Kickstarter project, and has already raised more money than any other project in the history of the company. Currently sitting at more than $5 million, with 28 days to go, the project already has more than 37,500 backers.
As for the watch, it’s unique in a number of ways, which is probably why it has become an overnight success. For starters, it works with both iPhone and Android, sells for $115, and comes with an eco-system of apps.
With the above in mind, the company is so far showing off using it for cycling, music playback and control, running, golf, and more, with its feature list continuing to grow by the day. As of this writing, some of the highlights including incoming caller ID, E-mail, Calendar Alerts, Facebook Messages, Twitter, Weather Alerts, and a silent vibrating alarm and timer. See the video below for more.
As you might expect, the feature list varies depending on if you’re connected to an iPhone or Android device, since Android exposes more (text messages, for example) than the iPhone, but there are still plenty of features to make this worthwhile, regardless of platform.
The reason I think the Pebble is a true game changer is that it will feature not only applications made available by the company, but also an SDK for others to build apps. This guarantees an ecosystem, especially with more than $5mm worth of watches already sold, and 100 of those to people with early access to the SDK. I’m hoping one of the first apps built is a phone app, since you can only do Caller ID on the device as of this writing.
As you can probably tell, I bought one (and am thinking of buying another) since the price is affordable and the functionality sounds like a great addition to my mobile gear list. Also, the watch appears to be styled and slim. The bulkiness of the SPOT watch was one of the main reasons why I never wore it and why I think it didn’t catch on like it could have, even in its final days when the service was discounted and even free. 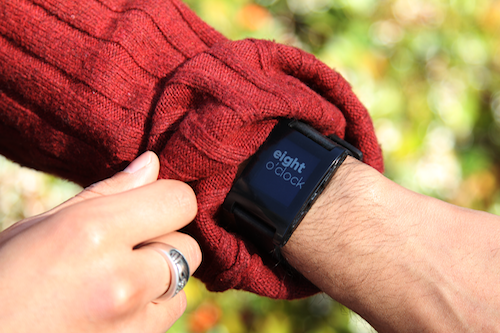 If you haven’t purchased the Pebble yet, there’s still plenty of days left. As of this writing, the company is stating a delivery date of September 2012.
Are you going to buy one? If not, why not? If you did purchase one, please comment below on what made you want to have the Pebble.
Publié par The IT Watcher à 10:51