Lure of the tablet: No intimidation


By James Kendrick | April 11, 2012, 3:57am PDT
Summary: The average person uses a computer mostly at work, and finds them to be somewhat intimidating. Tablets feel familiar from the first time they are picked up, however. 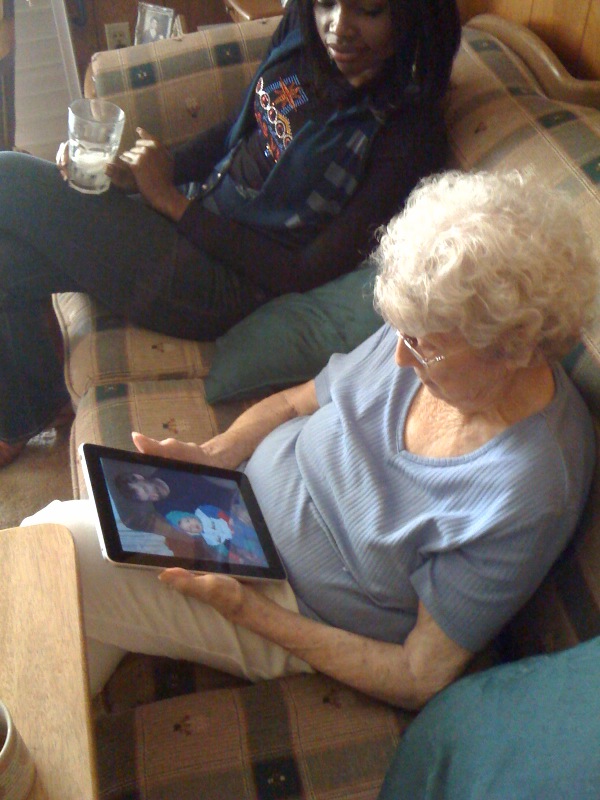 The definition of a tablet may vary depending who you ask, but no one can question how popular the genre has become with mainstream consumers. The iPad kick-started a computing style that has resonated with millions of buyers over a short period. There are many reasons why tablets have taken the mainstream by storm, but none as pertinent as the fact most folks are less intimidated by tablets compared to computers.
Power users and those more tech-savvy than the average person on the street laugh at the thought that computers are intimidating. They are just sophisticated tools that can be used to do whatever needs to be done, and easily. Those folks are not the ones this article is referring to, and often are the ones who believe tablets belong in the hands of others, being mere toys.
Mainstream consumers see the computer in a totally different light. They are those complicated things that are used at work, and are approached with trepidation. God forbid the work computer should have problems, as that overwhelms many users. Calls to the IT department are downright nerve-wracking for many.
The tablet isn’t viewed that way based on countless conversations I’ve had with many regular consumers. They aren’t viewed as computers at all, even though tablets today can do many of the same things. Tablets are things they simply pick up and do stuff, without worry.
I see this mental distinction exposed in interesting ways by regular folk. When asked if they use the computer much at home, a common (and telling) response is often “no, just the iPad”. More and more you can substitute Kindle Fire (or other tablet) in place of iPad in that statement, but the meaning is the same. Tablets are not viewed as even fitting in the same category as a computer, hence “just” the tablet.
That’s a good thing for these people, because it’s due to the lack of intimidation felt by using the tablet. They aren’t viewed as computers or complicated, they are just tablets. Many tablet owners end up discovering through experience that the tablet can do a lot of the things those complicated computers can do, but without the fear.
This fear of computers will enter into the consumer reception of Windows 8 tablets due to appear later this year. Microsoft has done a good job with Windows 8 and the Metro interface to make them less intimidating. Metro apps will be bought on the tablet right from the app store, just like the competition.
Even with all the right moves being done for these new tablets-to-be, the Windows sticker may adversely affect the way the average person views them. Windows is one of the factors of intimidation that people have with computers, and Microsoft needs to deal with that. If prospective buyers view Windows tablets as computers, they will have to overcome the intimidation factor to consider them at all.
Power users are looking forward to Windows 8 tablets because they are computers, but that will be the exception, not the rule. The vast majority of prospective buyers will want to just pick them up and do stuff, and not computer stuff. If Microsoft and partners decide to market Windows 8 tablets as real computers, that will be a tragic mistake.
I can find no better example of the intimidation factor than my elderly mother. She has actively shunned computers and gadgets her entire life, as they scare her. When the iPad was first introduced, I handed one to her without saying a word (image above). She immediately began touching the screen, and with no prompting was looking at photos of her grandchildren in a few minutes. It was the very first time she had touched a computer of any kind, and only because it felt right.
Publié par The IT Watcher à 13:47