After Google-Motorola, what is the end game for RIM and BlackBerry?

Summary: For Research in Motion and their BlackBerry product line, the final journey will take them down one of three paths: independence, assimilation, or oblivion. 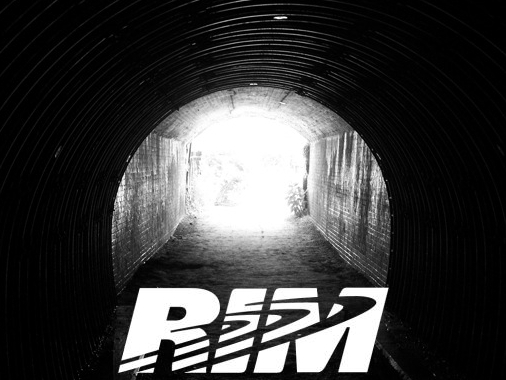 As I discussed yesterday, Google’s $12.5 billion acquisition of Motorola Mobility is a game-changer for the wireless industry.

How this is going to play out in the long term is uncertain. It remains to be seen if the acquisition is a pure “Patent Play” where Google preserves its relationship with its OEM/ODMs for Android smartphones and tablets and uses Motorola’s intellectual capital and patents as a shield against Apple and Microsoft.

This is what Google is currently maintaining as its current line of thinking on their company blog.

But we know that what Google is putting on as its public face may not be exactly what ends up happening as my colleague Ed Bott has suggested.

Alternatively, Motorola becomes a “most favored nation” as an equipment manufacturer and farms out ODM and other contract manufacturing and component supply work to companies like HTC and Samsung, in roles which they have traditionally served before coming out with their own branded product lines.

I discussed at some length what the Asian ODMs could do for supplementary income in either the first or second scenarios, which is to work with Microsoft and HP and contract manufacture/design Windows and WebOS devices.

But what of Research in Motion and the BlackBerry? How does this watershed event affect the company and that product line going forward?

Wall Street continues to be disappointed with RIM’s performance and has suggested that in the wake of this Google-Motorola New World Order, that the Ontario, Canada-based firm’s troubles are only going to worsen and a similar partnership or acquisition of the company may be necessary in order to sustain its existence.

I have previously stated that RIM is a dead company walking. Based on the company’s current performance and its failure to execute and sell-though on key strategic products such as the BlackBerry PlayBook, I am certain that this is still the likely end-game. But there are other scenarios that could potentially save the firm and its technology.

While I maintain that this scenario is the most unlikely, it’s not outside the realm of possibility. However, for this to occur, the Board of Directors of the company would most likely have to vote “no confidence” in co-CEOs Jim Balsillie and Mike Lazaridis and have them replaced by more dynamic, pragmatic leadership who may have to take significant risks and/or major corrective action in order to turn the company around.

This may include scrapping most of the current management team and promoting people on the engineering/product development side to make decisive changes in the product line, such as accelerating and staffing up the QNX side in order to push the company towards its next-generation technology faster and ceasing development on legacy BlackBerry OS 7 handsets.

This would also probably require a concerted effort to make a complete overhaul of the BES infrastructure in order to natively support QNX, as well as releasing the native email and calendaring/PIM apps for QNX on the PlayBook and QNX handsets in a timely fashion, which would be no mean feat.

Additionally, software engineering resources would have to be appropriately prioritized that are currently working on the SDKs for Adobe Air, Webworks, the native C++ development kit (currently in early beta) and the Android/Java “Players” for QNX.

As a result, developer relations would similarly have to reflect that new prioritization or increased effort in certain areas.

While Android compatibility would certainly give QNX access to a large library of current applications, it may very well be an unnecessary distraction given RIM’s limited resources as well as increased risk given the uncertainty of Google’s intentions with Android post-Motorola acquisition.

RIM and its technology is acquired by a larger entity

It has been bandied about that the best long-term strategy for RIM is to be acquired or to partner with a larger entity, and the name that gets thrown around most often is Microsoft.

I have a couple of problems with this because from Microsoft’s perspective, RIM isn’t a clean purchase, any way you look at, even assuming that the company would likely be acquired at its lowest capitalization when the situation would appear most bleak and even the discarded or less-valuable pieces to Microsoft could be sold off.

What would Microsoft gain from a RIM purchase? The most important would be BES and the back-end BlackBerry Secure Messaging infrastructure, which would be in the form of the various datacenters tied into the carriers and RIM’s global network operation centers.

The secure messaging infrastructure would have to be re-written or made to work with Windows Phone 7 and Windows 8, which would be no mean feat, so Microsoft could market its handsets as “Windows Phone and Windows 8 Tablets with BlackBerry Enterprise Messaging.”

But in addition to porting that over to Windows, Microsoft would probably need to consolidate datacenter infrastructure and re-organize RIM so it fit in best with its own. Any way you look at this, we’re probably looking at big layoffs at RIM if Microsoft comes to the rescue.

The other assets that Microsoft would gain from a RIM acquisition would be the treasure trove of 10,000-15,000 patents (of which 3,000+ are mobile/wireless industry patents) that RIM holds, as well as the Canada-based handset manufacturing, design and engineering business.

Potentially Microsoft could use these as a defense against any future litigious activity by Apple and other parties.

Part of these mobile patents include the BlackBerry keyboards for which the company is known for on its handsets that Microsoft could potentially license to firms like Nokia, Samsung and HTC.

As with Google acquiring Motorola, it would not be clear if the handset manufacturing and design team would still be retained and if RIM would have a similar “Most favored nation” status for Windows Phone handsets and Windows 8 tablets.

Other than their entertainment products division which produces the XBOX 360 and the Kinect, I would tend to think that Microsoft would not want to be in the overall business of creating and selling consumer electronics devices like Apple, but that is only a gut instinct.

We would also have to assume that BlackBerry OS 7 and QNX would both be a casualty of war with a Microsoft acquisition, and that QNX would likely be sold off to a company of interest that needed the RTOS for embedded systems.

Candidates for QNX might be companies like Intel (which already purchased Wind River for embedded systems) AMD, Freescale Semiconductor, an automobile industry leader like General Motors or even a major CE/Industrial electronics company like General Electric, Philips or Siemens. Or possibly aerospace like General Dynamics, Boeing or Lockheed-Martin.

Beyond Microsoft, there are other possible options. My colleague Zack Whittaker suggested that perhaps Samsung, which may be looking for other sources of revenue in light of Google/Motorola, might be interested in owning RIM’s hardware engineering, patents, BlackBerry OS and QNX.

However, I feel that it is unlikely that Samsung wants the overhead of running and maintaining the global back-end infrastructure to support BlackBerry Enterprise Messaging. So that part might need to be divested.

Zack also thinks that nationalization might be an option, but I think Canada’s got much more serious issues to contend with.

I don’t think that Canada is going to “bail out” RIM. It may be an important technology concern for the country but it’s not tied into Canada’s financial system like banks are. While people will lose jobs, and it would be awful for Ontario economy, the country will not sink or swim on RIM’s fortunes or impoverishment.

As to other big techs? I find it unlikely that HP would want to own another mobile company, even though the BES/BlackBerry Enterprise Messaging infrastructure would be an excellent value-add for WebOS. And I don’t see Amazon jumping into this even though there is a possible Cloud play here.

Oracle? Larry Ellison has certainly done some weird things lately, and he’s at war with Google, so I won’t discount it entirely.

Who else? How about a large Asian banking/investment concern that might want to own RIM for exclusive use in Asia/Pacific, where the product is still strong? Of all the possible scenarios, I think this is much more likely to occur than anything else described above.

RIM would probably have to abandon ship in North America and Europe in order to meet regulatory and national security concerns in order to satisfy such a sale, however.

It would be a huge culture shock to the Canadian firm if they had to report to Chinese, Korean or Japanese masters, but hey, PalmSource ended up getting sucked up by the Japanese a bunch of years back. This sort of thing wouldn’t surprise me at all.

While it is certainly possible RIM could be acquired in whole by any of the entities described above, it’s much more likely that some sort of hybridized end for the company comes to fruition.

As I have mentioned, some parts may be more desirable to some companies than others, and we might be looking at a Nortel-style bid for patents, businesses and IP, in which the company ends up getting torn apart and sold off in chunks.

What do you think the most logical end game for RIM will be? Talk Back and Let Me Know.