Several experts are predicting a future for finance technology that is mostly about predicting the future. According to them, predictive analytics and real-time decision making will become more commonplace in finance organizations, thanks to the convergence of cloud computing, big data and mobile.
One big reason is cost. In-memory databases and analytics should begin moving into the price range of a lot more companies, giving them greater flexibility and speed in adapting the models they use to project revenues and other metrics, according to Robert Kugel, senior vice president and research director at Ventana Research in San Ramon, Calif. This new analytical dexterity will change how, when and where companies make management decisions.
"When you bring these analytics cycles down to 10 seconds or less, all of a sudden there's a big reason to have a system in place that can run that model quickly, enabling you to explore all sorts of 'what-if' solutions," Kugel said. The dreaded monthly budget meeting could be transformed into a more forward-looking one. 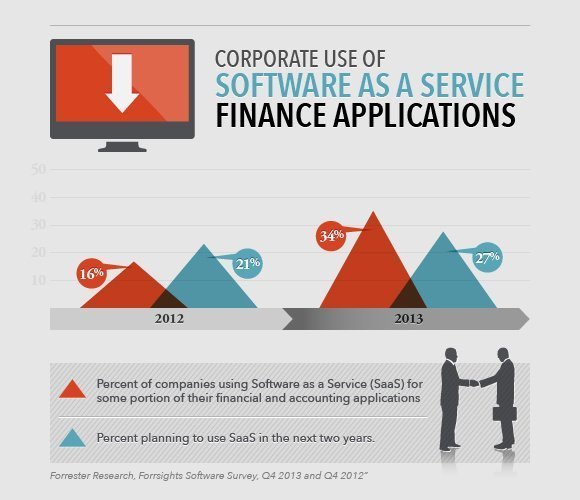 As big data becomes more accessible to organizations of various sizes, Kugel said, predictive analysis will enable them to make more nuanced predictions. But he thinks analytics might gain even more attention as an alerting device in the next couple of years.
Companies will also have to modify existing processes to adapt to the technology changes.
"What has to go along with this is the ability to plan and re-plan at much faster cycles than we've done up to now," Kugel said. "Planning needs to be on an enterprise basis and interconnected."
At the same time, he expects companies to stop using spreadsheets everywhere. He said trying to update complex risk models in spreadsheets -- and doing so as quickly as the business wants -- is "an invitation to disaster."
Another observer who expects the in-memory database and big data trends to come into their own as a predictive tool for finance -- if not this year, then soon after -- is Paul Hamerman, vice president and principal analyst for business applications at Forrester Research Inc., based in Cambridge, Mass. Because most companies don't have enormous amounts of internal data, Hamerman said, analytics will tend to be performed on publicly available data that potentially contains competitive insights, such as statistics on the overall economy orfinancial and operational performance metrics of public companies.
Aiding the analytics trend is the growth of data visualization, which Hamerman had predicted at the start of 2013.
"There's a lot of interest in making data meaningful," he said, "and putting it into a performance-analysis type of format."
Mary Driscoll, senior research fellow for financial management at APQC, a Houston-based benchmarking organization, said CFOs should make this the year they get serious about using predictive analytics to increase revenues and profitability in the accelerating economic recovery, rather than making the most of stagnant resources -- the most common approach in the recession.
"The need is definitely there for more sophisticated revenue and cost modeling, and large, complex and forward-acting companies will want to use the best tools -- not spreadsheets -- to do this properly," Driscoll said. An emerging class of enterprise performance management (EPM) software could provide the needed boost.
She expects that next-generation EPM tools will allow CFOs to get better at what she called "driver-based planning." CFOs want to work more closely with operations managers to anticipate spikes in demand and align supply with them to keep net income in the black. Operational risk analysis and revenue modeling are an important part of the equation, according to Driscoll, and rolling forecasts will be emphasized more.
Driscoll cited a September 2013 Strategic Finance article by management consultant Dean Sorensen that argued software developers have developed an "EPM2" that embeds planning logic throughout the budgeting, planning and forecasting (BP&F), and sales and operations planning processes of manufacturers, while integrating the two.
"The next-generation software does a lot of integrated calculations where it can spit out pretty accurate cash-flow requirements," Driscoll said. "We can look forward to seeing companies looking more closely at some of these tools that will allow them to do more sophisticated planning, budgeting and forecasting."

The broader move of financials into the cloud is another factor behind the push for predictive analytics, and it is accelerating. Hamerman said he has seen a significant jump in the willingness to put applications in the cloud -- particularly finance and ERP.
He said a recent Forrester survey of more than 1,100 purchasers in companies of all sizes showed that 34% already use Software as a Service (SaaS) for some aspect of their core financial processes, such as planning and budgeting, an increase of 18% over the previous year. In addition, 27% plan to make similar moves in the next two years, up six points over the prior year.
Another sign of the strength of SaaS financials, Hamerman said, is the successful upmarket moves of cloud-based vendors such as Intacct, NetSuite and Workday, which are gaining new customers among large companies.
Hamerman also expects ERP to continue evolving away from on-premises systems to an array of loosely coupled applications that communicate with each other in real time. He added that there is also uptake around the edges of the core system, especially among cloud BP&F vendors such as Adaptive Planning and Tidemark. Hamerman said he expects this uptake to increase in 2014. Forrester surveys show strong interest in building or acquiring mobile and analytics applications that access back-end financial data.The commercial considerations of ERP vendors are also pushing ERP into the cloud, according to Hamerman, as they struggle to stanch the loss of license revenue from on-premises systems. As they seek new revenue sources in the subscriptions typical of SaaS or in updated versions of their platforms, ERP vendors are making big investments in social-style user interfaces and real-time collaboration.
Kugel also sees strength in mobile, predicting "little apps on phones" will reach an inflection point this year, with business software, including ERP, becoming more adaptable to the way people want to use it -- what he dubbed "mental ergonomics."

One technology user making a large bet on cloud financials is Mahesh Shetty, CFO and chief operating officer of Encore Enterprises Inc., a Dallas-based real estate investment company.
"I think cloud is here to stay," Shetty said. According to him, it's enabling access to data from anywhere, including smartphones that are driving the "democratization of software."
Shetty is also making cloud-based collaboration technology a priority this year.
"We manage a lot of real estate," he said. "One of our challenges is, how do you communicate [with investors] without going public?"
Encore plans to implement cloud-based property management technology from Santa Barbara, Calif.-based Yardi Systems Inc., which its clients can use to track their properties and communicate with the company. The software also has core accounting features that Shetty calls "quasi-ERP."
Encore currently uses cloud-based property management software from MRI Software in Solon, Ohio, and even though the upcoming move is cloud-to-cloud, the same change management processes are required as with any software migration, he said.
What isn’t likely to change much is the new software itself. "We are upgrading to better functionality and a more integrated platform. My hope is that we will customize nothing. Customization inevitably involves cost."
Business intelligence could also be part of the company's 2014 plans, he said. Encore is considering using the PowerPivot tool in Microsoft Office 2013 to pull information from the Yardi software's SQL database and present it in business dashboards.
Publié par The IT Watcher à 07:15