US and Canada follow UK initiative on Open Data

The US and Canada plan to follow the UK’s initiative to unlock government data.
They are among the countries planning to emulate the work of the UK’s Open Data Institute (ODI), created by Tim Berners Lee (pictured), inventor of the world wide web. 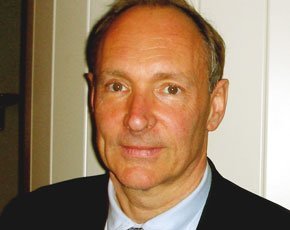 The ODI, an independent non-profit organisation, was set-up with £10m of government funding last year.
It aims to encourage public sector bodies to release their data publicly and help start-up companies develop the data into commercial products.

An Open Data network, announced today, will extend the ODI initiative to France, Dubai, the US, Canada, Argentina and Russia.
The US is beginning trials in Washington DC of its own version of a national ODI backed by funding from the Knight Foundation. A Canadian national ODI has won backing for a pilot project.
The network also features City-based and regional ODIs in Dubai, North Carolina, Chicago, Paris, Italy and – in the UK – in Manchester, Brighton and Leeds.
Communication centres in Moscow, Gothenburg and Buenos Aries will develop case studies to promote the idea of open data.

The new centres will receive help and support from the UK’s ODI, its CEO, Gavin Starks told Computer Weekly.
“In our first year, we have had a huge amount of interest. 35 delegations have visited us  and most have asked how they can set up an ODI in their country or city,” he said.
The ODI has promoted 11 data start-ups, which have secured funding and contracts worth £700,000.
They include OpenCorporates, which is making company data public that shows the complex international structures of global companies.
The international network aims to identify environmental, social or economic problems that could be solved through data analysis, and to help start-up companies develop the systems to do so.
For example, they could include problems in healthcare or supply chain analysis, said Starks.

“We will be able to join expertise, knowledge and resources to work on specific problems,” said Starks.
The network will also act as a "voice" to promote the interests of open data internationally, he said.

The ODI used principles of openness and transparency to bring collaborators together in record time to create the network, said Starks.
“We had 55 people working on open documents, a mixture of GoogleDocs, and GitHub, to put together the legal documents,” he said.
Although the ODI has backing from the UK government, it is operates independently. Part of its remit is to hold the UK government accountable for publishing its data.
The non-profit making group has backing from 50 corporate members, including Deloitte and Telefonica.