Most insurance companies do not have an enterprise-wide big data strategy despite the industry's heavy reliance on access to accurate information.
Insurance companies have been cited by numerous reports as being under threat from non-traditional competition due to their slow take-up of new technology. 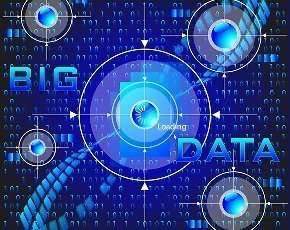 PHOTOEXPLORER - FOTOLIA
According to research from business consultancy BearingPoint, 90% of insurance firms are yet to implement a company-wide big data strategy and risk being bypassed by new, more agile data aggregators taking advantage of the digital era.
According to the survey, big data is expected to have a significant impact on the industry, but insurance companies are unprepared.
Over two-thirds of companies surveyed by BearingPoint said big data had a highly important role in their future. The research revealed that 71% said big data will be a top priority by 2018, but less than quarter (24%) said their company’s big data maturity was advanced or leading, and only 33% have started a departmental or enterprise implementation process.
A lack of skills was a stumbling block for big data implementation, according to 53% of insurance executives across Europe. It also found that 16% don’t know enough about big data, 53% said IT executives are left alone to seize the opportunities of big data and only 37% view their company as ready to implement new ideas in connection to big data.

READ MORE ABOUT IT IN THE FINANCE INDUSTRY

Patrick Maeder, leader of BearingPoint’s insurance sector practice, said it was not too late for insurance companies to implement successful big data strategies.
“We have seen a gap opening up between the leaders and the laggards in big data and advanced analytics in insurance, but the good news is it is not too late for the laggards to catch up,” he said.
According to a recent report from Forrester Research –Trends 2014: European Digital Insurance – insurance companies in Europe are under threat from companies outside their sector, as they fail to keep up with digital developments.
It said companies in the manufacturing, utility and telecoms sectors, along with startups, could take business from traditional insurers. The report recommended that to catch up, insurance companies should open digital labs, run hackathons, tap into internal and external talent, and partner with digital firms.
Earlier this year, an Accenture survey of 6,000 consumers in 11 countries revealed that 67% of consumers would consider buying insurance from companies other than insurers, and almost a quarter would consider large internet companies, such as Google and Amazon, as possible insurance providers.
A total of 43% said they would consider banks in their buying decision. Accenture said there could be billions of pounds' worth of policies up for grabs globally, as 40% of consumers look to change providers.
Publié par The IT Watcher à 15:03