Cloud is one of the 'most disruptive forces' in business in past 20 years: KPMG

A KPMG report on the future of investment banking has concluded that cloud computing is proving one of the “most disruptive forces in business in the past 20 years”. The report warned banking institutions to move away from traditional ways of doing business and embrace the latest technologies.
Investment banking has always been a cyclical business but it is different this time, with “powerful forces altering the investment banking landscape in a manner and degree never before witnessed,” KPMG's report said. “The ‘old ways’ of doing business need to change.” 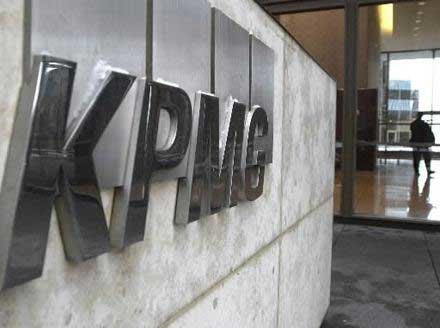 The report listed the factors and trends affecting the industry, including the move to mobile, the rise of newer types of payment models such as Google Wallet, and the growing user expectation for personalisation. Another force disrupting the industry landscape is cloud computing, it said.
Disruptive technologies are emerging technologies that unexpectedly displace an established methodology or a traditional IT service model.  Social media, the increasing use of mobile devices, the internet of things and cloud computing are all considered disruptive technologies.
“Cloud computing continues to change the game,” said the KPMG research. “Banks that continue to use outdated legacy systems will find it increasingly difficult to create and launch new services, to provide access to a mobile workforce and to accommodate geographically dispersed customers and partners as well or as quickly as their competitors who are operating in the cloud,” it warned.
It advised IT and business stakeholders in the investment banking sector to take swift action, such as reviewing their operating models and redesigning business processes and operations to accommodate these dramatic changes.
“The stakes are high,” it said. “The firms that emerge as leaders will be those able to adapt their business mix and operating models.”
Research by Computer Weekly and TechTarget on UK CIOs’ top IT priority for 2014showed that cloud computing was a top spending priority for these decision-makers. Most UK companies (57%) looking at the cloud are considering working with software as a service (SaaS) providers in 2014 and many are interested in other cloud-based services, such as networking-as-a-service, storage-as-a-service and datacentre-as-a-service.
KPMG’s comments on the role of cloud computing in the banking sector come aspublic cloud providers tout its benefits for the banking industry.
Stephen Schmidt, vice-president and chief information security officer of Amazon Web Services (AWS), said at the AWS Summit in London this week that the agility, cost savings and fast response times of public cloud services offered huge business opportunities to financial enterprises.
He said the effect of cloud computing was also putting pressure on banking regulatory authorities, such as the UK's Financial Conduct Authority, to approve the use of public cloud within banking enterprises. Last year, the Netherlands' banking regulator, De Nederlandsche Bank, approved the use of AWS in “all facets of Dutch financial operations”.
Schmidt said banking institutions in the Netherlands were already reaping the benefits of using public cloud services.
Publié par The IT Watcher à 14:52